At Atwal Financial we are invested in people and their journeys so we like to engage not just on a business level but also to learn more about what piques their interests, what motivates them, and what their endeavours and visions are. 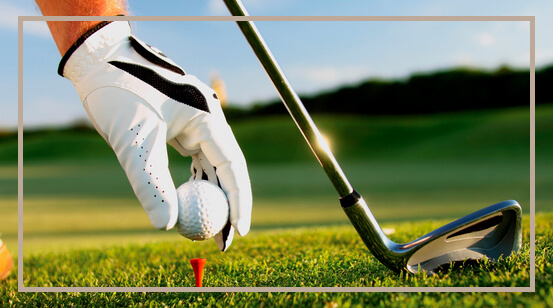 Being a lifelong golf enthusiast, I have tried to hone my skill in the game since I was a toddler. I was born and raised in the UK where I began playing with numerous golf courses on my doorstep. When my work took me to Tokyo and then Singapore, golf was not so easily accessible even though the game is quite popular. However, it didn't stop me from me playing as often as I could; it just required a lot more coordination.

I have now been living in Delhi for the last 8 years and because of the hot climate, my willingness to play had taken a back seat. The heat is not so conducive to a regular schedule of rounds but I have tried to play as much as I can, if not at the Qutub golf course then on the odd occasion, an invitation to play at the Delhi Golf Club. 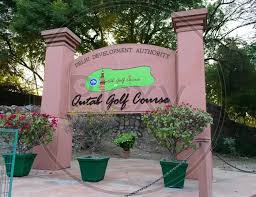 When the time came to focus on breaking a 100 (haven't done that in years!) I started with my golf clubs and realised that they needed re-gripping but where do I possibly go to in Delhi to get that done? After asking other players on the course, it became clear there was only one man for the job, Sundeep Verma.

So I took my clubs and went to Sundeep's golf studio at Lado Sarai (yes there is one!) which is called ‘Chimmys'. I'm pretty sure if you are a golfer in Delhi you will know this already. His tryst with golf spans from being an amateur player to turning professional as well as working for the likes of Titleist and Ping.

Sundeep was super helpful in choosing the right grips with some added tips while I hit a few balls in his studio (yes, he has net set up where you can do that!). After sharing some humorous banter regarding the price (u-hum), I wondered how he ended up at the epicentre of golf in Delhi? I was also interested to find out more about golf in Delhi and India generally.

What was planned as a trip to get my clubs re-gripped, turned into an hour-long conversation with several takeaways on how the sport is perceived and played in India.

Sundeep keeps very busy running "Chimmys" golf studio, as well as a Golf Academy, and a foundation named "Ultimate Foundation”. If that was not enough, he also manages the club house shop at the Qutub Golf Course and a coffee shop at the newly refrubished driving range. 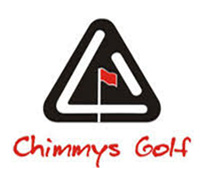 "Sundeep with one of his students"

Sundeep has been in the golf business for many years and he is well-known in the golfing fraternity and boasts of friendships with the royals of golf in India! He is an A-level golf teaching professional which is the highest level in the country and has students who compete all around the world.

Sundeep is the only golf coach in the country to have been at the Olympics, has coached on every major professional golf tour on the planet, and to add, he also travels with the Indian golf team as the coach for various international golf tournaments.

My conversation with Sundeep Verma is below, read on!

Where were you born and where did you grow up? At what age did you develop a love for golf?

"I was born in Pune, Maharashtra. My father was in the army so we relocated a great deal owing to his postings. I never lived long at any particular place until I moved to Delhi, where I have been living since the year 2000. I am 44 years years of age, married for the past 19 years and I have 2 children; a son who’s 11 and a daughter who’s 6. A big percentage of my life revolves around them but as of yet, my children do not share my passion for the game!" "My father introduced me to golf at Delhi Golf Club when I was 19 years old. Back then, I wouldn’t claim I was thrilled about the sport, it was more a process of warming up to it over the coming years."

Did your father want you to play golf because he had a love for the game?

"Yes, our access to the game was quite easy and I used to accompany him to the golf course regularly. Dad was serving as the General Manager of a couple of army clubs hence he would be at the club every day so I started to give it a shot though I was very late in picking up the game as I was in my late teens." "I didn't find it such as an adrenaline-pumping sport, it is so much more nuanced than other sports but when I witnessed competitive golf and people making money from it, I decided to pursue it and immersed myself in the game."

Which golf course did you begin playing? What kind of score would you get?

"I started at the Army Golf Club in Delhi. I would fervently try to perfect my swing at the range and then head to the course. Trying to perfect my swing was probably one of the biggest mistakes I could make because you can never perfect your golf swing. There are too many variables, more than anything you have to be consistent, and it is not an easy skill to master."

How old were you when you attended your first golf tournament? When you first started striking the ball, did you think you were a natural?

"I took up the game "properly" when I was 19 years of age and played my first tournament at 20. I did believe I was a natural; I had the advantages of a good height and hand/eye coordination. Having hailed from an army family, I was already very disciplined which was an enormous advantage so investing about 12-13 hours a day in practice was not difficult for me. I made it my objective to be the best I could be at golf."

What is the process of playing golf as an amateur?

"Golf in India is very structured and when I was in my late teens I played the amateur circuit but if you are good enough, you can turn professional at any age as such. I began with qualifying school and then I went on to play pro so it was gradual succession." "There are 2 ways of playing a pro tournament- either you play the qualifying school and get your tour card or you get a sponsor’s invite."

When did you start considering how the game could be financially viable to you? Does India have enough interest in golf to have amateur tournaments? What was the standard of the amateur circuit?

"Yes. I played the amateur circuit for about 3-4 years, there was no waitlist or qualifying, you could just play a tournament by contacting the Indian Golf Union (the governing body for golf in India), send in your entry, and play. The amateur circuit standard wasn’t great back then but it has improved over the years."

When you started playing in competitions in your early 20s, did you win any?

"Nope, I did not! I did get a little close though. I injured my back 2 years down the line when I began playing so had to lay low for about a year and a half."

Back then, what was the prize money? What is the average purse these days in India?

"In amateur golf, there is no prize money. The purse back in the days when I played in professional competitions was on average about 20 lacs.
The average purse now is about 35 lacs and there are a couple of tournaments that go up to 1 crore."

When your injury didn’t heal 100%, you realised that your dream of being a professional golfer wasn’t going to happen, what did you do next?

"I had a friend who wanted a job at a golf course so I accompanied him to an interview at the Classic Golf and Country Club in Gurugram. Funnily enough, I ended up with the job there as a Marketing Executive and played there for free when I wasn’t working. I also began training caddies there."

How did you start a golf studio?

"When my back got better I started playing again, my game was frustrating as my injury had hindered my swing which I meant I used to break my clubs often! that’s when I realised that there was no one to turn to get them fixed. That was my light bulb moment and decided I would like to have my own golfing business." "However, I then worked for Titleist and Ping for which acted as a catalyst for my impending business. I started with corporate (golf) merchandising and also attended some courses in the US on how to make golf clubs, etc. All this experience and education led to the christening of the first golf studio in India- Chimmy’s." "My network helped my business from the get-go. I now have a club shop at The Qutub Golf Course which is about 3 years old. I also set up a golf Academy at the Golden Greens in 2006. I organise golf tournaments and have a foundation named Ultimate Foundation. In 2008, I started a junior golf tour in association with US Kids Golf (a one-day event) for young children."

What are your objectives in your golfing life?

"I want to get more children to play the game, discover and develop young talent and make the sport as accessible as possible. I want to organise skills competitions, unearth talented golfers in India and make it more fun and engaging."

"My target is not people who are already playing golf but the ones who aren’t. This primarily involves a younger set of people - children. They can play competitions based on the individual skills required for the game without having to invest money in the equipment. Everything will be provided to them to help them pursue the game. The objective is to make the game bite-sized so that it becomes more accessible and fun."

What are the recent changes in the game of golf that you like?

"The pompousness associated with the game has abated a little, the atmosphere is a lot more relaxed as are the rules, making it more flexible and accessible."

How often do you play golf now?

"Presently, I don’t play that often at all. Last month, I played only twice but would like to play more often though."

Which do you think is the hardest hole at the Qutub Golf Course that I play at often? (the front 9 as the back 9 is yet to open) Have you ever had a hole-in-one?

"The 5th hole is the hardest at the Qutub Course. I got a hole-in-one at the Par 3 at the Classic Golf Resort."

Who is your favourite player of all time?

"My favourite player of all time is "The Shark" Greg Norman.

Well then, it looks like the future of golf in Delhi seems to be heading in the right direction. The game is fast becoming more popular and accessible. Sundeep's studio did an outstanding job with the new grips and I highly recommend paying his studio a visit, whatever level of golf you are at.

Atwal Financial’s association with golf in Delhi, as well as Chimmys and the Ultimate Golf Foundation, have shared interests, bringing out the best in people and their communities.

Sadly, even after my clubs were ready to take my personal golfing journey to the next level, I am still regrettably nowhere close to breaking a 100. Maybe it's my shoes.

Initial discussions and reports are free of charge so contact us